We have noticed there are not too many great looking Gargoyles avaliable in Australia so we have been looking all over the world to find the best ones here they are.Click Gargoyle Images

Gargoyles are mythological beings. They adorn countless cathedrals around the world. Early references date back to 600 A.D.

The word 'gargoyles' is derived from an old French word gargouille, meaning throat. The English words gargle, gurgle and gargoyle are derived from gargouille.

Some believe that gargoyles - sometimes called grotesques - are inspired by the skeletal remains of prehistoric dinosaurs and other fossils.

Originally a gargoyle was considered a waterspout, directing water away from a building. Technically an architect calls a waterspout on a building a gargoyle. If a stone carving does not carry water and has a face that resembles a creature, it is technically called a grotesque.

Many people believe that gargoyles were created by medieval architects and stone carvers to ward off evil in an imperfect world.

France has over 100 cathedrals, most built in the middle ages, with Notre Dame being the most famous. Churches used awesome visual images to spread the scriptures, which included gargoyles, stained glass, and sculpture. Some believe that gargoyles were inspired directly via a passage in the bible. Others believe that gargoyles and grotesques do not come from the bible, but are inspired by the skeletal remains of prehistoric beasts such as dinosaurs and giant reptiles.

Some people feel that gargoyles are the expression of man's subconscious fears or, that they may be vestiges of paganism from an age when god would be heard in trees and river plains.

Churches of Europe carried them further into time; maybe to remind the masses that "even if god is at hand, evil is never far away - possibly to act as guardians of their church to keep the terrible spirits of evil away."

A legend has it that a fierce dragon named La Gargouille lived in the river Seine near Paris. The fierce dragon devoured ships and men. The village was saved by St. Romanis, proving the might of Christianity. After the battle, the creature was set ablaze. Its body was destroyed but its head and neck survived which was mounted on a building. This practice spread and La Gargouille perhaps creating the model for the gargoyles we see today.

Many gargoyles are similar to the legends and figures of the ancients Celts, such as the Green Man or Jack of the Green - the god of tree worship. Artists who carved these were inspired by their culture.

Gargoyles can be dragons, men, cats, bats, frogs, serpents, and countless others.

Gargoyles are still being carved today, many with a modern theme such as a whimsical figure pointing a camera down below. 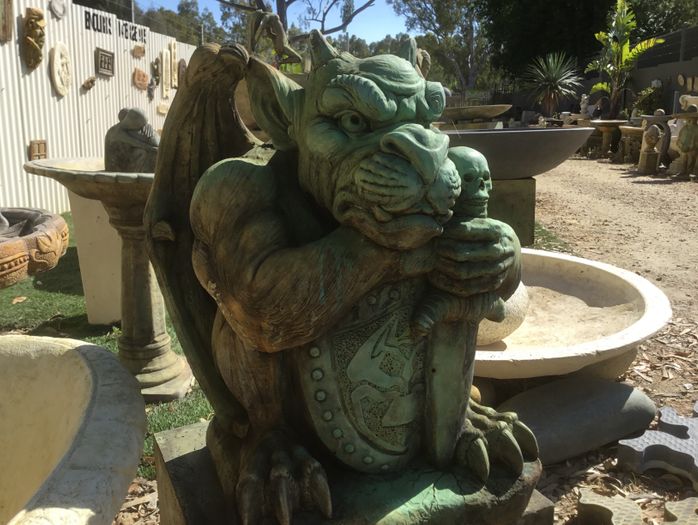 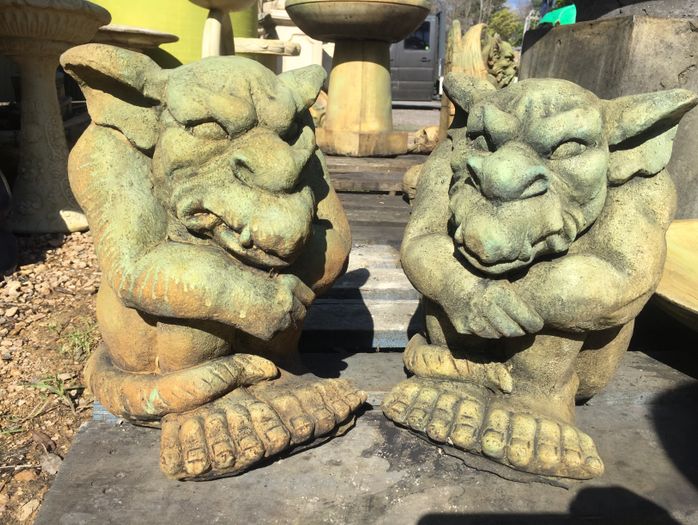